Shopping Cart
Your Cart is Empty
Quantity:
Subtotal
Taxes
Shipping
Total
There was an error with PayPalClick here to try again

Thank you for your business!You should be receiving an order confirmation from Paypal shortly.Exit Shopping Cart

The Arcturians and Arcturus

As you will see if you read all the channellings, in the beginning I did not get the name Arcturians, instead I got Alterians. I was told that their planet was called Alteria. Arcturus is a Sun and the planet Alteria orbits this sun.

There are three Arcturians who use their energy collectively to send messages to me. Their names are Ordo who is the eldest, Femo and Io (pronounced eyeO). I believe that their ephemeral bodies are tall and slim and that they are 8th dimensional beings. They send messages from their planet Alteria via thought.

I feel this is the most accurate depiction of the Arcturians that I could find.

I was told by my three Arcturians that I should publish these channellings a whole year prior to my doing so. I think that each of us need courage to take the first step in all we do. It took me a year to get that courage and to trust spirit that it was the right thing to do. I thought I would share this with you to help anyone going through that scary but exciting time until you take that first step. Believe in yourself.

Arcturus was referred to by Edgar Cayce as:

“one of the most advanced civilization in this galaxy. It exists in fifth-dimension and is the prototype for Earth’s future. Its energies work as emotional, mental, and spiritual healers for humanity.

The star is also an energy gateway through which humans pass during death and re-birth. It functions as a gateway station for non-physical consciousness to become accustomed to physicality.

Arcturus is a stargate through which souls pass, to choose whether to return to the Earth-sun system, or evolve to others.”

I believe that the Arcturians have now evolved to the 8th dimension.

Arcturus is the brightest star in the constellation Boötes and the fourth-brightest star in the night sky. Arcturus is a red giant about 28 times larger than the Sun and 70 times more luminous, 36 light years away from the Sun. Its name is from the Greek meaning "guardian of the bear," and it can be found by following the extension of the curve of the handle of the Big Dipper (Large Bear). Bootes - a constellation in the northern hemisphere near Ursa Major. 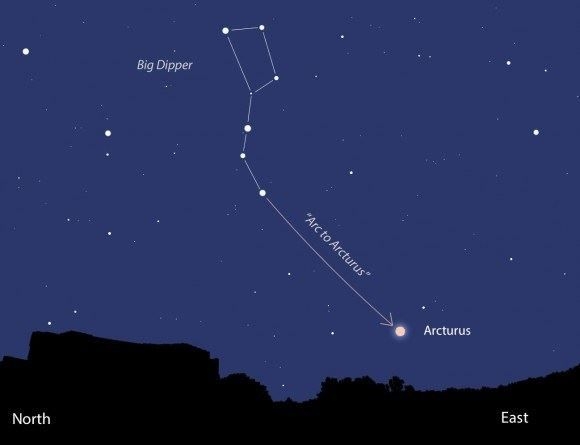 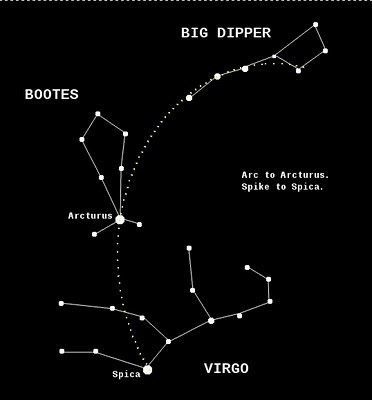 To get an idea of the size of the Arcturian sun in relation to planet Earth/Gaia, here are some pictures. 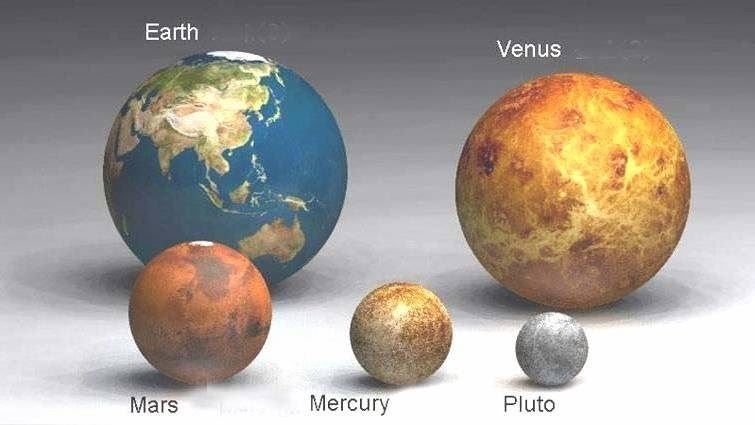 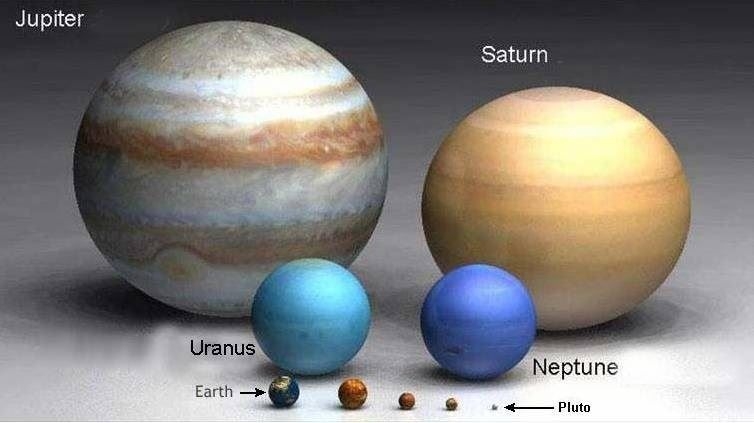 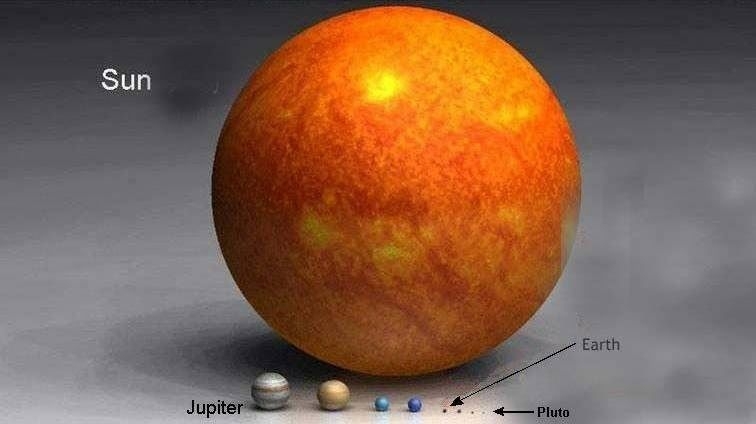 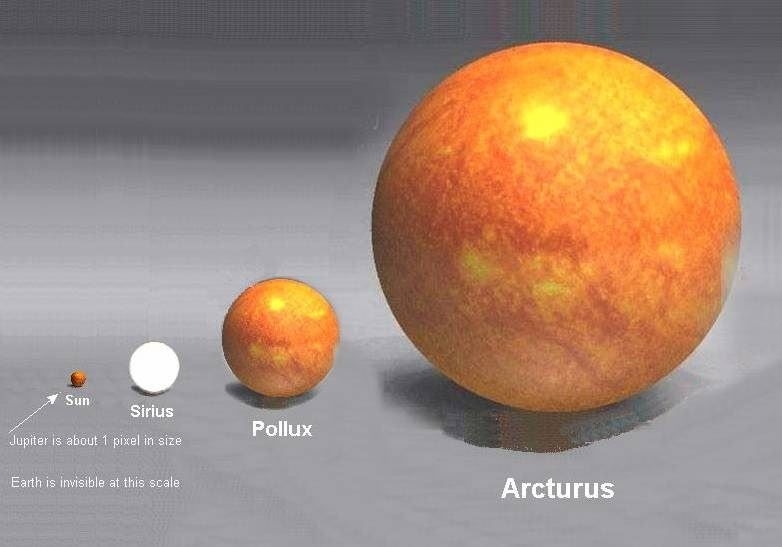 There are of course even larger suns than Arcturus.